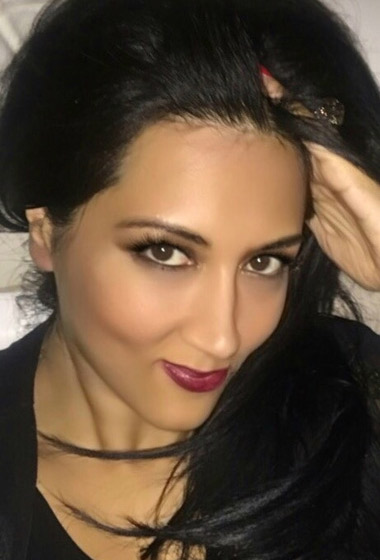 It is very rare that most of us get to live out the things we loved to do as a child, and make a living from it, in our adult lives. Celebrity make-up artist Nil Muir is a prime example of that possibility. After graduating from college, she worked in the Telecom industry in Corporate America for several years, before leaving to pursue a career in the entertainment industry.

With a love for the natural side of beauty, Nil takes a liking to enhancing what her client possesses naturally, while maintaining their individual identity. She strongly believes that every woman is beautiful in her own way. “Make-up is an art and the face is the palette,” she says. “I love making transformations and bringing out the inner beauty of people.”

Her client base now ranges from DJ/Songwriter, Record Producer David Guetta and Sarah Hyland of Modern Family to Rapper and TV Host 2 Chainz, and a host of others. In addition to being an in demand artist, and being fortunate to travel overseas for her work, Nil makes on air appearances on various television news shows, make-over shows and sites as a trusted beauty expert, giving the latest beauty tips and trends. She is a regular contributor for E-how beauty, as well for different online magazines. In between her busy schedule, she donates her time to various charities including Little Flowers, Inner City Outings, Tickled Pink, The Center for Discovery, Stand Up for Heroes, Susan G. Komen for the Cure, and the Somaly Mam Foundation.

Though deemed a celebrity make-up artist and men’s groomer, she remains humble and grounded, despite all the attention she receives. This, along with her natural talent, will undoubtedly be an asset to her longevity and consistency.