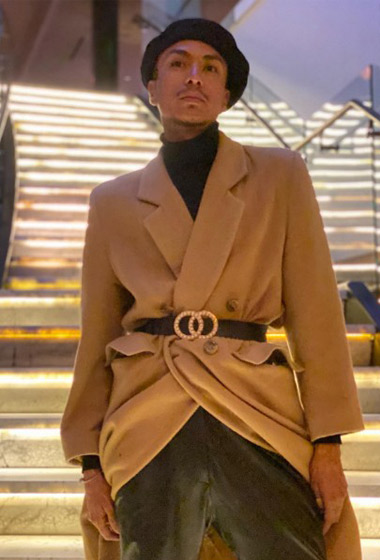 Jesse J, born Jesse Johnny Guillen, started his styling company “Jesse J Collections” in March of 2006, as a Designer and has since expanded the brand to include Celebrity Wardrobe Stylist & Costume Designer.  Since establishing his brand 10 years ago, Jesse is now known as one of the most distinguished  celebrity stylist in the industry. Jesse has worked with many of the top artists in the music industry, including the likes of Tyga, 2 Chainz, Mac Miller, Baby Bash, Mike Posner, Tisha Campbell, Wiz Khalifa, Katy Perry, Daya, Enrique Iglesias, Elijah Blake, and Goapele.  2017 was a big year for Jesse J, Jesse’s Client Daya won her first Grammy and landed on several best dress list of the Grammys thanks to the professional styling of Mr. Jeese J himself.  In fact, many were so impressed with Daya’s look, that, it was featured in the Grammy Museum . Also in 2017, Jesse J was considered for an Emmy for his work as Wardrobe Supervisor on “The Pop game” with singer/producer Timbaland. Lastly, in 2017 Jesse Decided to open a PR showroom called “The Trend Haus”  Jesse J has big plans for 2018, and has already launched a full men’s and women’s Clothing Line “Di Moda Clothing” and will continue to grow his brand and stature in the fashion industry.

Not limited to on-screen and in-ear icons, Jesse’s work expands far behind the scenes with collaborations on many projects with Directors and Producers  such as Paul Cameron, Kim Winther , Peter Winther, Carolyn “Cal” Loucks, Ivy Agregan, and Howard Smith.  Jesse has also worked on movies and tv shows such as “A star was born” , “According to Him and Her”, as well as the aforementioned “ The Pop Game”

When not nose deep in his Styling & Design Jesse is an avid contributor to charity. He spends countless hours at high schools speaking to students and giving back to the community.  He has also held breakout sessions for teens and young adults, inspiring them to follow their life dreams.