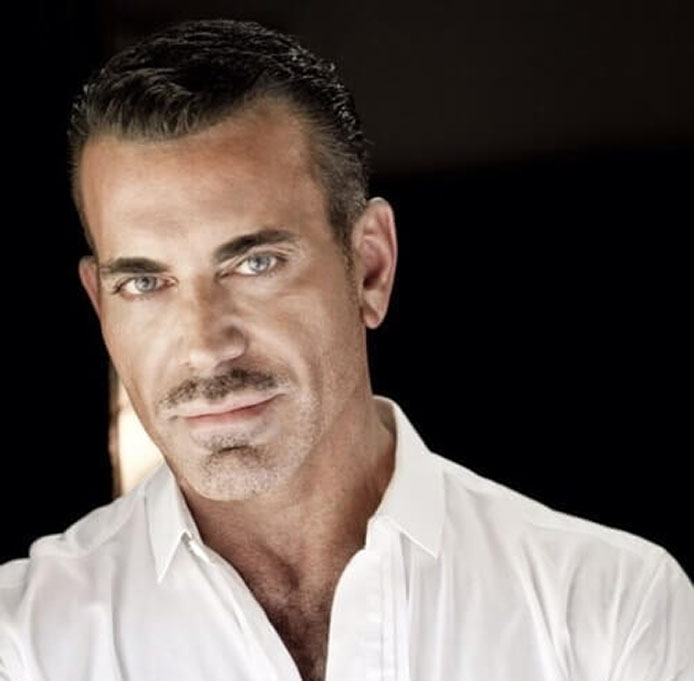 Celebrity hair stylist and colorist, Frank Galasso was raised in Melbourne, Australia and from an early age started to develop a creative pallet. With a natural flair for style and an insatiable desire to create, he relocated to Italy to perfect his technique. While in Italy, he was chosen to head the design team for Gianni Versace’s runway shows.

Frank, relocated to Los Angeles where he started an apprenticeship with famed Vidal Sasoon. Then mastering his craft at Fred Segal Beauty. Organically the next step… the highly successful “Frank Studio” was born. A mix of the freelance world and his love for the salon ambiance, Frank Studio was complete with an in-house photo studio, makeup counter, a lash extension bar, and all of his creations in a backdoor beauty kitchen.

Featured in over 500 publications, renowned publications have noticed Frank as being one of the most sought after hairstylists worldwide. Elle UK has said he is, “One of the top 10 Hair Stylists in the world.” Allure’s Beauty Bible has also named him the “Best Hair Colorist” for blondes in the U.S. He has been recognized by international, beauty companies such as Proctor & Gamble, Joico, and L’Oreal Professional.

To achieve the perfect color is both a science and an art form. Frank creates naturally highlighted hair by blending multiple shades of color while lightening the ends to create an illusion of years of summer sun, ocean and sand. The perfect finish shows faded strands of glistening perfection.

Frank’s talents also transfer onto the big screen working on movies such as Hustlers, The Time Traveler’s Wife and Second Act.