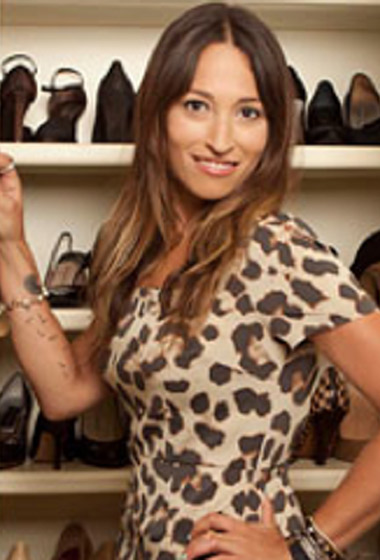 Ivy Elikann Jarrin was born to Artist / Designer parents on the Upper East Side of New York City. Her earliest years were spent at Jarrin Design, her family’s packaging design firm. This world of fonts, logos, and layouts gave her a keen eye for art and design at an early age. Growing up in the fashion capital of Manhattan gave Ivy an intense vocabulary for the high-end designers that lined Fifth Avenue, along with the avant-garde boutiques of the West Village.

Ivy attended Vassar College and graduated with a bachelor’s degree in Fine Art in 2001. Soon after college, she went on to pursue graduate studies in Fashion Styling at New York’s famed Fashion Institute of Technology.

Her professional career began as assistant to the fashion editor at Fader and Big Shot Magazines in New York, where she styled her first published editorials. Convinced that styling was her calling, Ivy moved to Los Angeles in 2003 and began assisting some of L.A.’s top fashion stylists.

Since the start of her solo career in 2005, Ivy has navigated the full spectrum of fashion styling and costume design, specializing in celebrity styling, music videos, commercials, editorials, advertising and film. She has styled the likes of Paris Hilton, Scarlett Johansson, Sean Paul, and Kings of Leon, to name a few. She has done numerous print campaigns including A&E’s Duck Dynasty, VH1’s Mob Wives, and Showtime’s Shameless. Her editorials have been seen in many leading magazines. Her commercials have been for clients such as Lexus, Verizon, Big Lots and Kmart. With the eye of a artist and an insistence on perfection, Ivy works alongside directors, photographers, and editors to create exceptional wardrobe choices for each project she touches. Although she embodies a very contemporary, classic, and modern personal style, Ivy believes that flexibility and an awareness of all perspectives in fashion design are fundamental to success in styling.