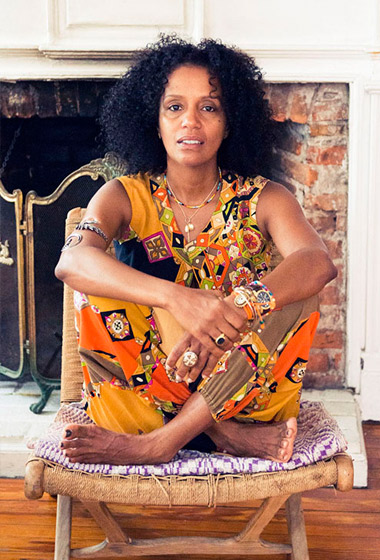 For more than three decades, native New Yorker Lysa Cooper has helped shape the cultural landscape of fashion, hospitality, nightclubs and events on both the East and West coasts. By day, she began as an assistant to Annie Flanders at Details Magazine, the then-ultimate guide to New York City’s Art world and nightlife. By night, Cooper tended bar at the Batcave, and served as the elevator girl at Danceteria.

It was then that she met restauranteur Brian McNally, and went on to open Indochine as his main assistant. From there, Cooper also worked for Ian Schrager, with whom she learned the subtleties of the hospitality world. While working for McNally and Schrager, she learned how to build stellar, established brands and communities with the finest creatives of that time. Cooper then opened Area with Serge Becker and Eric Goode, working as DJ, bartender, show host, and door woman. From the success of Area, the group proceeded to open The Building, and later, M.K. During this time Becker recognized Ms. Cooper’s ability to bring a tribe of diverse and exciting humans together, which catalyzed Becker and Cooper to open up Juicy, the only place to go in New York City for almost eight glorious years. The compelling atmosphere of Juicy was all-inclusive and wildly fun.

It was at this point that Cooper’s reputation for being able to bring tribe together culminated in one party that would change the course of her life. Vivienne Westwood’s Paris Fashion Week after-party is where Cooper encountered famed German photographer Ellen Von Unwerth, who immediately recognized Cooper’s unique style, and convinced her to begin styling.

And throughout the eighties and nineties until today, Cooper has been honored to sit for several respected artists and photographers as muse. Keith Haring, Francesco Clemente, Alex Katz, Kenny Scharf, Robert Mapplethorpe, Ellen Von Unwerth,Bruce Weber, and Marc Baptiste have all invited her into their worlds, and she’s continued to glean inspiration for her own work to this day.

Lysa Cooper’s singular, effortless style is beloved, respected, iconic and relevant, all at once.