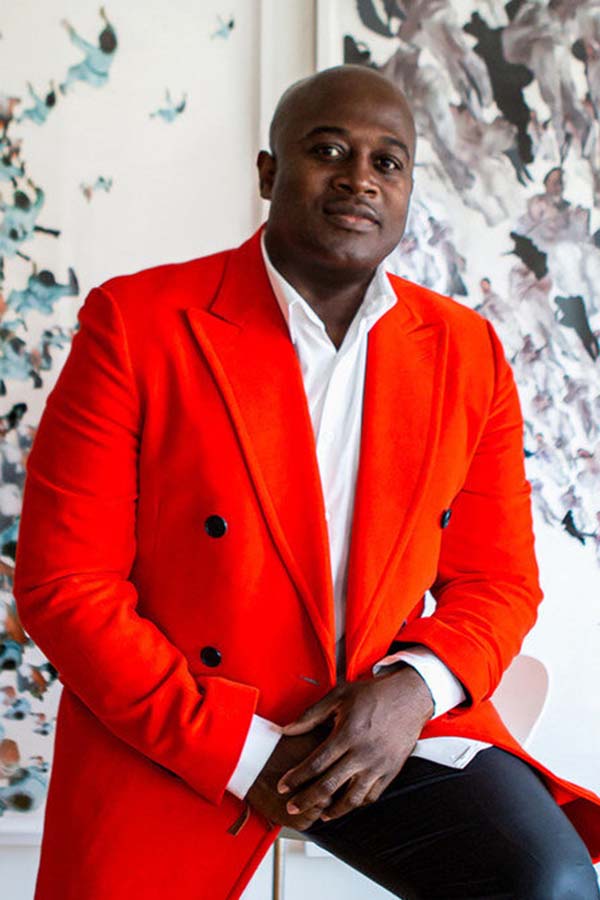 Since 1994, Eric Archibald’s handprint can be found on the origins of streetwear. His foray into fashion has seen the future of style through the muses of the present day and that vision has shaped what has become one of the most sought after perspectives in fashion. Developing an eye for timeless chic with a bit of avant-garde edge, Eric has established his signature aesthetic and piercing fashion acumen through the likes of iconic artists such as Megan Thee Stallion, Jennifer Hudson, Future, Beyoncé, P. Diddy, Britney Spears, Missy Elliot, and Little Kim. Eric has the unique ability to forecast and ignite fashion trends through his wondrous roving eye for fashion as a gatekeeper of the culture upon which many fashion incarnations are born. His work has been prominently featured in pop culture, from editorial spreads in Vogue, Harper’s Bazaar, People, Marie Claire, Glamour and GQ , and as head judge on MTV’s “Styl’d.” As a creative visionary he has designed costumes for The Oscars, The Grammy’s, The Tony’s, The Golden Globes, VH1 Honors, BET Awards, Kennedy Center Honors, Soul Train Awards and most recently P. Diddy’s vocal talent show, The Four. As the former Creative Director at Sean John, he adds another layer to his artistic expression as the Creative Director of DIPLOMACY, where he mixes fashion-forward textures and colors to design a collection that truly complements the modern, authentic streetwear lifestyle.