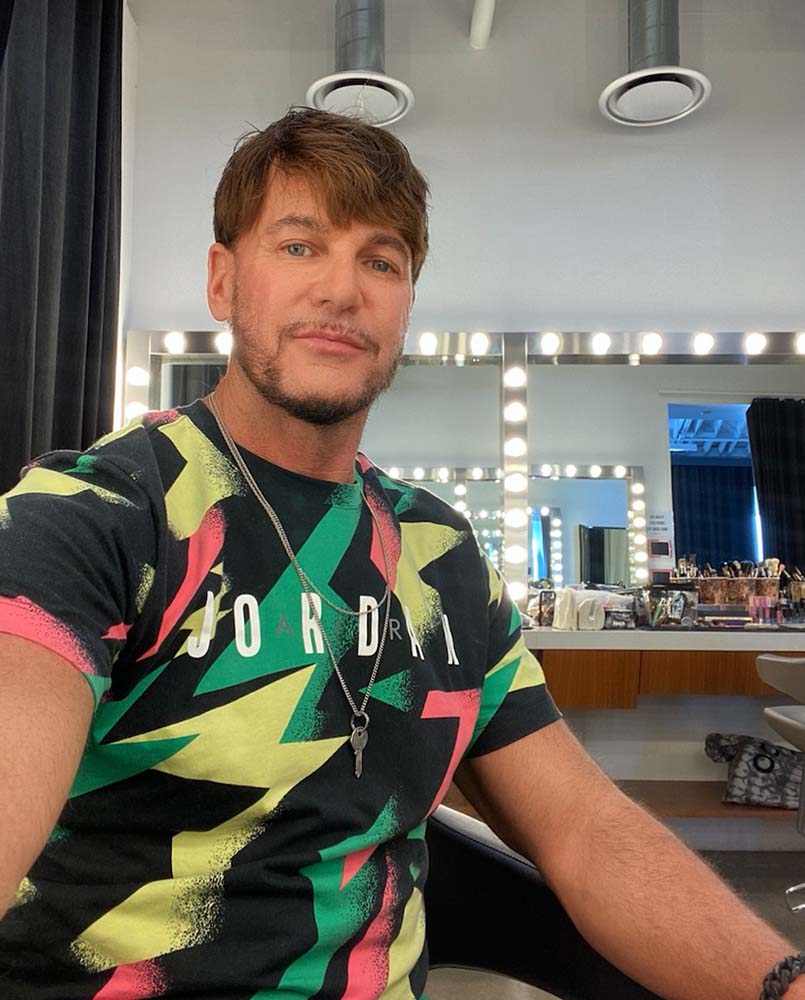 Steven Aturo has always loved color. “The moment I picked up my first makeup brush,” he says, “I knew it was right.” His earliest memories are entangled with his fascination with color and beauty, which has always been a metaphor for the wonderful diversity and possibility present in all aspects of life; particularly as expressed through the unrepeatable human face.

Steven began his career as a freelance makeup artist in Boston. Within two years, he had founded the successful agency “TEAM Inc” with several partners representing makeup artists, hairdressers, and stylists. His approach to makeup artistry has always been simple and straightforward. He relies on his innate sensitivity to light, form, nuance, and color to explicate each woman’s inner radiance.

In the late eighties, attracted by the glamour and excitement of high fashion, he moved to Milan and immersed himself in the international atmosphere of fashion, beauty, and adventure. It was during this important early stage of his career that that he developed his more editorial eye and artistry. After a year full-time in Europe, he returned to the U.S to work in both Los Angeles and New York. His main focus was fashion and the New York market. His talent was quickly noticed by the celebrated great late Kevyn Aucoin, with whom he worked closely for five years and was one of his biggest supporters and influencers. His work with Aucoin took him directly into the super charged world of runway fashion, where he contributed looks for a number of elite designers.

In the mid-nineties he again expanded his horizons fulfilling his goal to become truly international in orientation. After the inception of a number of fruitful collaborations with leading makeup artists like Linda Cantello and Francois Nars, he received invitations to Paris, Milan, and Tokyo for editorial assignments and runway shows.

Throughout the late nineties and into the new millennium, Steven continued to work in Paris, Milan, New York, Tokyo, and Sydney for names like Gucci, Versace, Karl Lagerfeld, Sonia Rykiel, Jil Sander, Yohji Yamamoto, Vivienne Westwood and many other designers. His work continued to be seen in the editorial pages of top American and European fashion publications, where he collaborated with fashion’s leading photographers and editors.  With the belief ‘everyone is unique’,  his commitment is to challenge and break through all stereotypes.

It was no surprise that in the late nineties and the beginning of the millennium, Aturo was sought after and landed two cosmetic contracts; first from giant “Estée Lauder”, and then from “Shiseido”. Being chosen as the spokesperson and international makeup artist he was able to utilize his creative skill set doing product development, tv commercials, ad campaigns, and also combined is natural essence to share his knowledge doing international training seminars, press junkets, and events.

Steven continues to draw inspiration from both Los Angeles and New York.  He approaches his life with a reservoir of positive energy. His motivation is to illuminate each of his subject’s individual beauty. He is committed to helping people understand and express their intrinsic beauty and character. Simply put, he wants everyone to be happy with who they are. If you can discover what is special about you and be comfortable, he believes, that will enable a person to enjoy your own innate beauty.